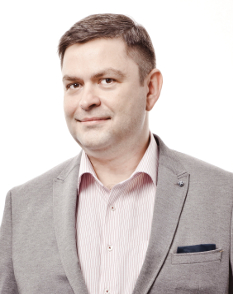 Mr. Michał Kacprzak became a Member of the Management Board of the Baltona Foreign Trade Company S.A. in November 2015. At the same time he is the Chief Financial Officer and Chief Accountant of the company. Mr. Michał Kacprzak also holds managerial positions in most of the subsidiaries.

In the years 2004 – 2009 Mr. Michał Kacprzak was associated with the Bumar Armament Group (currently Polish Defence Holding). He held non-executive and managerial positions in the accounting and controlling departments in the subsidiaries. In the years 2007 – 2009 he held the position of Chief Accountant. Since 2010, he has been working for the Baltona Group, where he is the Chief Accountant of the Company, as well as coordinating financial processes at the Baltona Group level within the Shared Services Centre. Mr. Michał Kacprzak graduated from the Kozminski University in Warsaw in 2003, where he received a master’s degree at the Faculty of Management and Marketing, specialising in Finance and Accounting. In 2007 he completed the Postgraduate Studies for Financial Controllers, also at the Kozminski University. In 2010 he graduated from the International MBA Programme at the Centre for Management Education at the Faculty of Management at the University of Warsaw. He is a certified accountant in the field of bookkeeping services.