/ Company / Management Board and Supervisory Board / Wojciech Czernek / Piotr Kazimierski 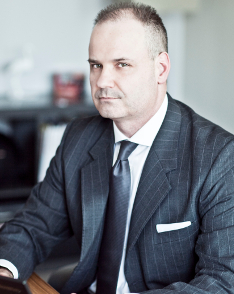 Prior to joining the Baltona Foreign Trade Company S.A., he worked as Sales Director of Treasury Products at Bank Handlowy w Warszawie S.A., where he was responsible for treasury products, structured products and product portfolio proposed to affluent customers of the Bank, as well as for introduction of new services and products. Previously, he held the position of Sales Director at SG Securities Polska S.A., Deputy Sales Director at CA IB Securities S.A. and Dom Maklerski BIG Sp. z o.o.

He graduated from the Financial Management Department of the West Pomeranian Business School in Szczecin. He holds the degree of M.Sc. of the Faculty of Navigation at the Maritime University in Szczecin.